The Music Libel against the Jews 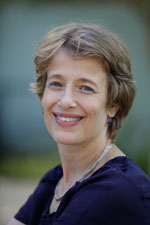 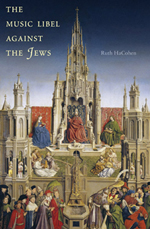 Ruth HaCohen will explore the historical Christian exclusion of the Jews, accused as producers of noise in a musical universe dominated by harmonious sounds.  Associating harmonies with divine grace, Christians interpreted “Jewish noise” they heard in medieval synagogues as a sign of divine abandonment. The book traces the manifestations and roots of the noise accusation to a variation on the famous blood libel that spread in Europe during the Crusades, alleging that Jews kill singing Christian boys in order to silence their “intolerable” hymns and canticles. HaCohen examines the dissemination and impact of this music libel from medieval through modern times, in a variety of artistic and political contexts.

Professor Ruth HaCohen is Artur Rubinstein Professor of Musicology at the Hebrew University of Jerusalem. Born in Jerusalem, she was educated at the Hebrew University, in Musicology and Jewish Thought. In her work she explicates the role played by music and related art forms, in shaping and reflecting wider aesthetic, cultural and political contexts and processes. Her work extends from baroque to modern music, with a special emphasis on opera, oratorio, and song, and the relations between Ashkenazi-Jewish and Christian music. Among her publications are: Tuning the Mind: Connecting Aesthetic Theory to Cognitive Science, Transaction, 2003 (with Ruth Katz); The Music Libel Against the Jews, Yale University Press 2011 (awarded the Polonsky Prize for originality and creativity); and forthcoming The Voices of the Individuals and the Voice of the Many: A Musico-Political Duet (in Hebrew, Van Leer Institute & Hakibbutz Hameuchad with Yaron Ezrachi). HaCohen served as chair of the Department of Musicology and the head of the PhD Honors Program at the Hebrew University. She was a research fellow at Oxford University and the Institutes for Advanced Study in Berlin, Princeton, Cogut Center of the Humanities at Brown University, and at the Rockefeller Center in Bellagio, Italy.