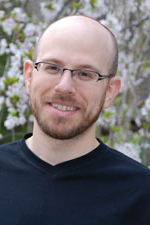 Jonathan Gribetz will speak about his new book, Defining Neighbors: Religion, Race, and the Early Zionist-Arab Encounter. Gribetz argues that the current focus on how to divide the territory of Palestine-Israel between Jews and Arabs obscures the fact that the encounter between these groups in early twentieth-century Palestine was imagined in ways that often had little to do with territory or borders. Rather, as Gribetz shows, the encounter was frequently understood as one between religious communities with long, intertwined, and fraught histories together, or between members of a single, scientifically-defined race. In his lecture, Gribetz will discuss how understanding the importance of these two categories of mutual perception--religion and race--helps us better to understand the history of the Arab-Israeli conflict.

Jonathan Gribetz is assistant professor of Near Eastern Studies and Judaic Studies at Princeton University.  A graduate of Harvard, Oxford, and Columbia, he taught previously at the University of Toronto and Rutgers.