Israel and American Jews: The Future of a Challenging Relationship 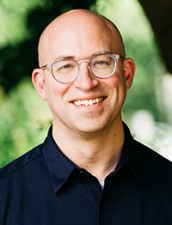 The relationship between American Jews and Israel, whose closeness and alignment characterized much of the 20th century, is on uncertain ground. Denominational and partisan divides, the demise of the agreement on access to the Western Wall, and public spats between Israeli officials and American Jewish leaders, are examples of the growing tensions between the two communities. Dr. Kurtzer will analyze the present juncture and suggest some ways the complex relationship could evolve.

Dr. Yehuda Kurtzer is the President of the Shalom Hartman Institute of North America and a leading thinker and author on the meaning of Israel to American Jews, the value of the Jewish past to the Jewish present, and questions of leadership and change in American Jewish life.

Yehuda leads the efforts of the Institute across the North American Jewish communal landscape, and teaches widely in the Institute's many platforms for rabbis, lay leaders, Jewish professionals, and leaders of other faith communities.

Yehuda received his doctorate in Jewish Studies from Harvard University and an MA in Religion from Brown University, and is an alumnus of both the Bronfman Youth and Wexner Graduate Fellowships. Previously Yehuda served as a member of the faculty and as the inaugural Chair of Jewish Communal Innovation at Brandeis University.

He is the author of Shuva: The Future of the Jewish Past, which offers new thinking to contemporary Jews on navigating the tensions between history and memory, and on how Jews can relate meaningfully to their past without returning to it.

Yehuda Kurtzer was interviewed by the New Jersey Jewish News regarding his visit to Rutgers University. Read the article.