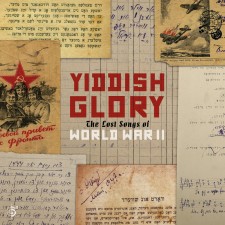 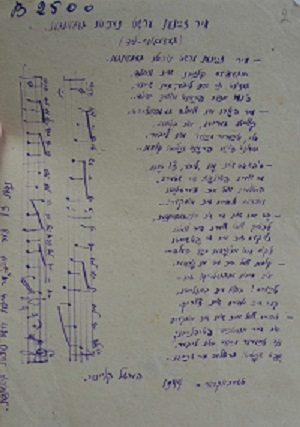 In the early 1940s, a group of Soviet Jewish scholars began a remarkable project: gathering and safeguarding songs written by Jews who were facing annihilation during the Holocaust. Answering the call in Yiddish newspapers, handwritten submissions came pouring in from Jews across the Soviet Union. In the 1990s the collection was discovered in the basement of the Ukrainian National Library where it had been hidden by the Soviet government. Anna Shternshis and Psoy Korolenko bring these long lost songs to life in this allnew concert and lecture program drawn from their 2019 Grammy nominated CD, Yiddish Glory: The Lost Songs of World War II.

Psoy Korolenko is a preeminent Yiddish singer, songwriter, and scholar whose shows balance folk and klezmer music, free-style poetry, and intellectual comedy. He has released more than twenty CDs and one book, The Hit of the Century.

Anna Shternshis, director of the Anne Tanenbaum Centre for Jewish Studies at the University of Toronto, is the author of Soviet and Kosher: Jewish Popular Culture in the Soviet Union, 1923-1939 and When Sonia Met Boris: An Oral history of Jewish Life under Stalin.