Religious Contempt in the Music of Bach 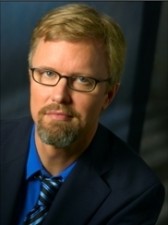 Presented by Mason Gross School of the Arts and cosponsored by the Bildner Center and the Jewish Music Forum, the academic branch of the American Society for Jewish Music.

Scholars and general listeners are widely united in their belief that the Enlightenment principles of truth, beauty, and understanding are the dominant themes in the music of Johann Sebastian Bach. This talk will explore how certain works of Bach's in fact express a marked contempt for others, particularly for Jews and Judaism.

Michael Marissen is a scholar of medieval, renaissance, baroque, and classical European music. He has written several books on Bach and on Handel, including: Bach & God and Tainted Glory in Handel’s Messiah.

"Works of Back include allusions revealing anti-Jewish attitudes" article by Debra Rubin in the New Jersey Jewish News, February 4, 2019.

This event is taking place as part of the Windows of Understanding public art project. Learn more at www.windowsofunderstanding.org.