"Landscapes of Memory - The Life of Ruth Klüger" 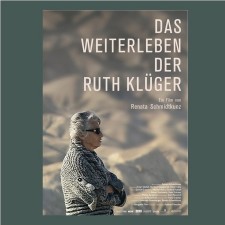 Landscapes of Memory is a biopic about high profile author Ruth Klüger, a famous scholar of German literature. Her autobiography Still Alive: A Holocaust Girlhood Remembered is an international bestseller that has been published in 12 languages and garnered multiple awards.

It is one thing to survive the Holocaust, but quite another to deal with the lasting impact of this experience. Renata Schmidtkunz's filmic portrait of Ruth Klüger, an internationally renowned literary scholar born in Vienna, deals with these issues by revisiting four significant places in her life: Vienna, California, Göttingen and Israel. Ruth Klüger also shares her thoughts on very personal topics: her childhood in anti-Jewish Vienna, her life in the States, her motherhood of two American sons and the culture of commemoration.

Join director Renata Schmidtkunz for a lecture and screening of the film.

Renata Schmidtkunz is the Spring 2022 Craig-Kade Scholar in Residence in the Rutgers Department of German. She studied Protestant theology and has worked as a television and radio journalist, presenter, and filmmaker for public television and radio broadcaster ORF - Österreichischer Rundfunk und Fernsehen, and the European broadcaster 3sat. She has directed 45 television documentaries in the fields of religion, philosophy, history, culture, and politics, and has designed 3 dozen radio features. For 10 years, she presented the daily science program Radiokolleg on Radio Österreich 1, and for 5 years, the political TV talk show Club 2. In 2011, her documentary film The Life of Ruth Klüger was released in Austrian and German cinemas. Her book, Himmlisch frei. Warum wir wieder mehr Transzendenz brauchen, was published in 2019 by edition a. Since 2013, she has led the weekly one-hour talk show Im Gespräch in Radio Österreich 1.