Hatikvah became the anthem of the Zionist movement, and eventually the State of Israel, only by means of common voluntary practice, not by legislative force. Its status as the Zionist anthem was contested almost from its moment of incubation in the mid-1880s. Attempts to substitute it with another song—to change its text, its tune, or both—were, and still are, common. However, the challenges to Hatikvah were not only the result of disputes over its standing as the anthem of secular modern Jewish nationalism, but also the outcome of unexpected alternative readings. Evidence shows that Middle Eastern and North African Jews perceived Hatikvah, very early on, as a piyyut (religious song), or at least as an apolitical song of longing for Zion. 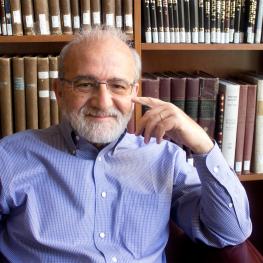 Edwin Seroussi is the Emanuel Alexandre Professor of Musicology and the director of the Jewish Music Research Center at the Hebrew University of Jerusalem. He researches North African and Eastern Mediterranean Jewish music, Judeo-Islamic relations in music, and Israeli popular music. A pioneer in the study of Mediterranean and Middle Eastern musical cultures and traditions, Seroussi was awarded the 2018 Israel Prize in the music category. He has also won the Joel Engel Prize for Life Achievement in Jewish Music Research, Tel Aviv Municipality.

Seroussi received his PhD in Music from UCLA. He has held visiting professor and fellowship appointments across the globe, including at the University of Chicago, Dartmouth College, and Harvard University. He has previously served as president of the Israel Musicological Society, and as the president of the Israel Committee of the International Music Council, UNESCO.