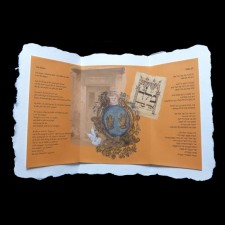 Rick Black, book artist and poet,
in conversation with Professor Gary A. Rendsburg

Yehuda Amichai, one of the great modern Hebrew poets, wrote about love, war, Jewish life in the twentieth century, and the modern Israeli landscape. Award-winning book artist and poet Rick Black has created an exquisite limited edition artist book featuring eighteen of Amichai’s poems. Presented both in Hebrew and English translation, each poem is wrapped and folded in an individual, handmade paper triptych and collected in an enclosure resembling a Jerusalem window. Opening each triptych is a discovery of the unique world of the poem. The work incorporates replicas of some of Amichai’s original, handwritten poems as well as collaged images of Jewish history and life that were culled from archives around the world.

Black worked with Rutgers Jewish studies professors Gary A. Rendsburg and Azzan Yadin-Israel, to translate Amichai’s poems from the original Hebrew into English. Black began the ten-year project in 2007, seven years after Amichai’s death, with the support of Hana Amichai, the poet’s widow. The artist book was issued in a limited edition of eighteen copies. Both the Library of Congress and the U.S. Holocaust Memorial Museum purchased the book for their permanent collections.

Read more about the roles of professors Rendsburg and Yadin-Israel in the project here. For more about the Amichai Windows project, visit amichaiwindows.com.

Click on the images of the Amichai Windows for a description.
Images are from the College Book Art Association. 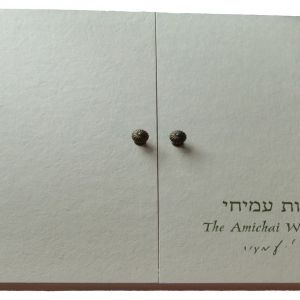 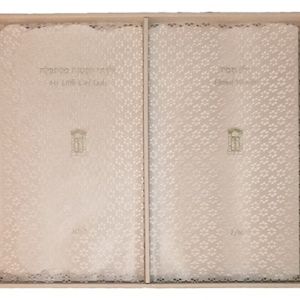 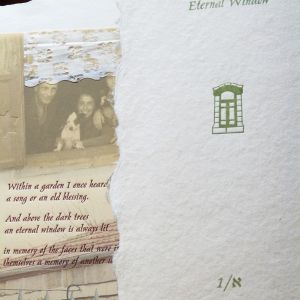 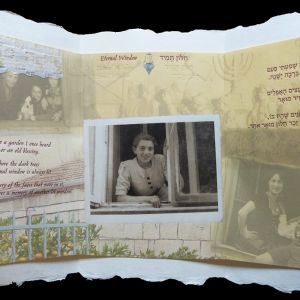 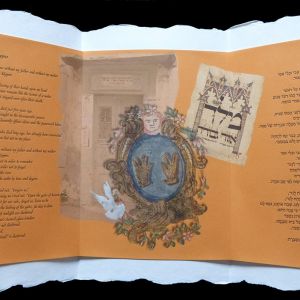 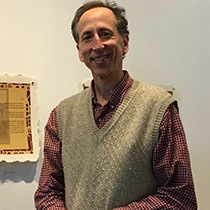 New Jersey native Rick Black is an award-winning book artist and poet. His artist books are represented in private and public collections, including the Library of Congress, Yale University, and the U.S. Holocaust Memorial Museum. He received the 2019 Isaac Anolic Jewish Book Arts Award.

A journalist for many years, Black worked in the Jerusalem bureau of The New York Times. While he enjoyed reporting, he was intent on pursuing his love of literature and books. After studying at the Center for Book Arts in New York City, he founded his own imprint, Turtle Light Press, which specializes in artist books and prints, haiku titles, and digital photography.