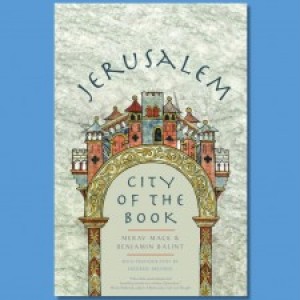 Join us on October 25 at 2:00 p.m. for a discussion of the literary treasures of Jerusalem. A distinguished panel will tell the story of the ancient city, and of its people of diverse faiths and cultures, through forays into its most inaccessible holdings: hidden Jewish archives, rare manuscripts in Christian and Islamic libraries, and the riches of its Armenian heritage. Advance registration is required.

Join our circle of sponsors! Support the festival and attend a private event on October 14 with A. O. Scott, Chief Film Critic, The New York Times.