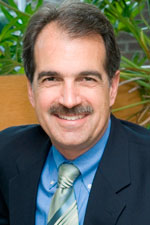 Professor Rendsburg’s areas of special interest include literary approaches to the Bible, the history of the Hebrew language, the history of ancient Israel, and the literature and culture of ancient Egypt. Dr. Rendsburg is the author of five books and over 100 scholarly articles. His most popular book is a general survey of the biblical world entitled The Bible and the Ancient Near East, co-authored with the late Cyrus H. Gordon (1997). Professor Gary Rendsburg holds the Blanche and Irving Laurie Chair in Jewish History at Rutgers University. He served as chair of the Department of Jewish Studies and also holds an appointment in the History Department.

He has visited all the major archaeological sites in Israel, Egypt, and Jordan; and he has participated in excavations at Tel Dor and Caesarea. In addition, he has lectured around the world, including Europe, Japan, and Australia.