History of Jewish Farming on Four Continents in the Modern Era
Taught by Prof. Jonathan Dekel-Chen, Bildner Visiting Scholar, and professor at the Hebrew University of Jerusalem 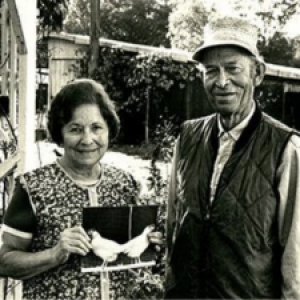 Following up on the recent launch of the Bildner Center’s exciting new digital exhibit Jewish Agriculturalism in the Garden State, this mini-course will explore the story of the Jewish global agricultural settlement movement from the 1880s until the 1950s as well as some of its more recent developments in the U.S. and Israel. Almost completely forgotten in collective memory, farming was a major feature of Jewish life for decades in the Americas, Eastern Europe, the Land of Israel and, of course, in New Jersey. What did it mean then? What might it mean today?

“The era of modern Jewish farming began in the early 1800s and spanned four continents, with hundreds of thousands of Jewish farmers working millions of acres. Tsar Alexander I allowed Jews trapped in the Pale of Settlement to move onto empty farmland in New Russia. Decades later, Eastern European Jews, with the help of benefactors like Baron de Hirsch, established agricultural colonies in the Americas. The miracle of Israel’s blooming desert evolved as part of this global project. Each of these is a chapter in the larger story of Jewish rural life.”
—Jonathan Dekel-Chen