Pipeline: How Oil Created the Modern Middle East and How Water Can Transform It 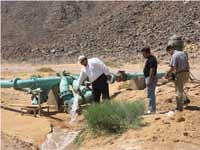 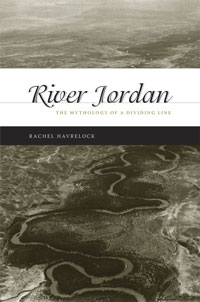 The talk charts one hundred years of Middle East history by looking at two pipelines. The first ran from Kirkuk to Haifa conveying oil to a Mediterranean port for the Iraq Petroleum Company. The second facilitates the water exchange between Jordan and Israel as stipulated in the 1994 Peace Treaty. Imagined in the midst of World War I, the IPC oil pipeline drove British policy in the Levant and influenced the ways in which the colonial powers drew borders, established states, and thought about security. Alienated from the resources beneath their feet, Middle Eastern nation-states grew within colonial parameters. A nationalist attachment to territory was one effect of the multinational control of oil. The struggle over water sources has transpired within these national parameters. After considering the history of oil pipelines and the failure of integrated water management, the talk considers current regional approaches to water sharing and how they might form the basis for a different kind of political order. With the shortcomings of nationalism and the risks of privatization, a new orientation toward resources may provide the key to deescalating conflict.

Rachel Havrelock is Associate Professor of English and Jewish Studies at the University of Illinois at Chicago. Her book from the University of Chicago Press, River Jordan: The Mythology of a Dividing Line (2011), argues for five coexistent national myths in the Hebrew Bible and examines which of these myths have had political currency and which have been repressed. In a prior co-authored book, Women on the Biblical Road (University Press of America, 1996), Havrelock introduced the idea of the female hero’s journey based on evidence from the Hebrew Bible. At present, she is working on two books. The Joshua Generation: Politics and the Promised Land examines the political rhetoric of the book of Joshua and how it has been put into practice by later interpreters. Pipeline: How Oil Created the Modern Middle East and How Water Can Transform It looks at the role of oil in the formation of the Middle East and argues that water sharing may form the basis for a new political order.

Rachel blogs for The Huffington Post and is the writer and director of the hip-hop play From Tel Aviv to Ramallah about the daily lives of young people in the Israeli-Palestinian conflict. She co-hosted Who Was Jesus, the Discovery Channel’s series on the historical Jesus.