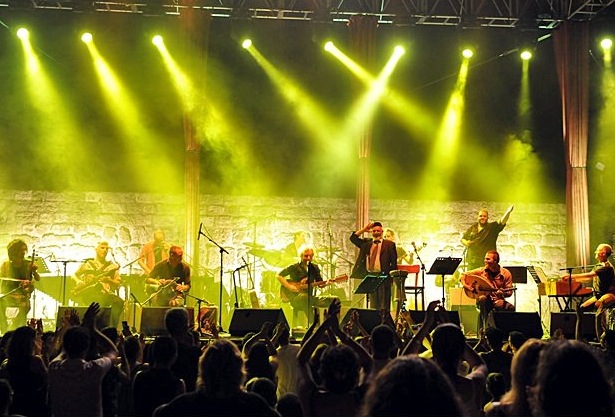 Over the past several years, some of Israel's most noted secular rock singers have begun performing their own renditions of traditional Middle Eastern religious songs for large crowds of adoring fans, and recordings of these songs have soared to the top of Israeli pop charts. This lecture/musical talk draws on several years of fieldwork in Israel and Dardashti’s own musical background, to explore the complexities of cultural and artistic production today as ethnic identity politics and religion converge with the agendas of global philanthropic organizations.

Galeet J. Dardashti,  the Bildner Center’s Reitman Visiting Scholar in fall 2014, earned her Ph.D. in anthropology from the University of Texas at Austin. She comes to Rutgers from New York University, where she was a postdoctoral fellow and visiting lecturer at the Taub Center for Israel Studies. Her primary research interests include Mizrahi music and identity, Israeli cultural politics, and Arab/Jewish artistic “coexistence.” She has authored numerous essays and articles, including “‘Music of Peace’ at a Time of War: Middle Eastern Music Amidst the Second Intifada,” in Narratives of Dissent: War in Contemporary Arts and Culture, edited by Ranan Omer Sherman and Rachel S. Harris (Wayne State University Press, 2012); and “Jews and Popular Culture in the Twentieth Century: Israel and the Middle East,” in The Cambridge History of Judaism, volume 8, The Modern Period (c. 1815–2000), forthcoming from Cambridge University Press. She is also an active performer of traditional and original Middle Eastern and Arab Jewish music with her critically acclaimed projects Divahn, The Naming, and Monajat. She will give a public talk sponsored by the Bildner Center in the spring semester.