A World Without Jews: The Nazi Imagination from Persecution to Genocide 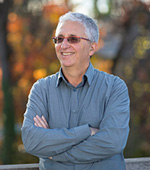 Alon Confino earned his B.A. at Tel Aviv University and his Ph.D. at the University of California, Berkeley. He has been a faculty member in the Department of History at the University of Virginia since 1992, and he also holds a position as professor of history at Ben- Gurion University in Israel. His work focuses on the edges of the historical discipline, where the historical method meets ethnography, literature, anthropology, and cultural studies. He is interested in crafting narratives that weave together story telling with critical analysis and has explored different possibilities of historical narration with the goal of telling expansive human stories. 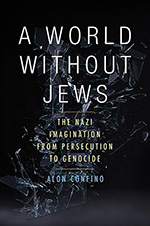 Confino is the author of numerous publications, including: A World Without Jews: The Nazi Imagination from Persecution to Genocide (Yale University Press, 2014), which won a Guggenheim Fellowship; Foundational Pasts: The Holocaust As Historical Understanding (Cambridge University Press, 2012); Germany As a Culture of Remembrance: Promises and Limits of Writing History (University of North Carolina Press, 2006); and, The Nation As a Local Metaphor: Württemberg, Imperial Germany, and National Memory, 1871-1918 (University of North Carolina Press, 1997).

Currently, Confino is researching forced migrations in the 1940s in Central and Eastern Europe, India/Pakistan, and Palestine/Israel, with a concentration on local history, memory, and human rights. His focus is a book project on 1948 Palestine that crafts two narratives: one is the experience of Arabs, Jews, and the British based on letters, diaries, and oral history, and the second places 1948 within a global perspective of decolonization, forced migrations, and partitions.

Watch this video of Alon  Confino about his new book and upcoming lecture: