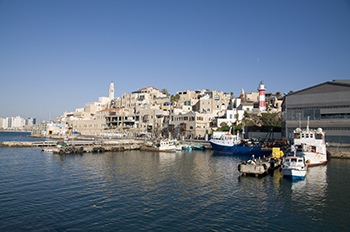 Tzfadia’s talk focuses on "mixed cities" in Israel, populated by both Jews and Arabs, such as Haifa, Lod and Tel-Aviv Jaffa. The study of mixed cities offers a window for broader understanding of the relationship between Jewish and Arab citizens of Israel. The talk addresses the ways in which residents of mixed cities develop distinctive local culture that challenge national perceptions and how internal social tensions may be compounded by external developments that lead to violence.

Erez Tzfadia is chair of the Department of Public Policy and Administration at Sapir College in Israel. He co-authored Rethinking Israeli Space (Routledge, 2011) and Israel since 1980 (Cambridge, 2008), and coedited Abandoning State – Surveillancing State: Social Policy in Israel, 1985-2008 (Sapir and Resling, 2010, in Hebrew).