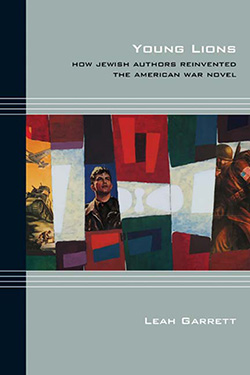 Nearly all of the bestselling American war novels between 1948 and 1961 were by and about Jewish soldiers. Jewish authored works became the principle venue through which the story of World War II was told. These works had a direct impact upon how postwar Americans understood the war effort and reshaped the American public’s ideas about war, the Holocaust, and the role of Jews in postwar life. In contrast to most previous war fiction, these new “Jewish” novels were often ironic, funny, and irreverent, and sought to teach the reading public broader lessons about liberalism, masculinity, and pluralism.

Leah Garrett is Loti Smorgon Professor of Contemporary Jewish Life and Culture at Monash University in Australia. She has published four books and numerous articles on Jewish literature. Garrett's scholarship has been devoted to understanding how Jewish authors in an array of languages used their literary discourse to enact, reimagine, and subvert conventional ideas about the relationship between Jews and the modern world. This talk is based on her book: Young Lions: How Jewish Authors Reinvented the American War Novel (a finalist for the National Jewish Book Award).

Read about Dr. Garrett's inspiration for her book.