Jewish Scholars and the Study of Islam 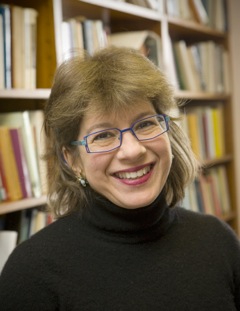 From the 1830s to the 1930s, Jewish scholars played a major role in the development of the nascent field of Islamic Studies in Europe, describing Islam in highly positive terms, as the religion closest to Judaism. Dr. Heschel will discuss their contributions to the field, the very different kind of "Orientalism" their work promoted, and the influence of their studies on modern Jewish self-understanding.

Susannah Heschel is the Eli Black Professor of Jewish Studies at Dartmouth College. Her scholarship focuses on Jewish-Christian relations in Germany during the 19th and 20th centuries, the history of biblical scholarship, and the history of anti-Semitism. Her numerous publications include Abraham Geiger and the Jewish Jesus (University of Chicago Press), which won a National Jewish Book Award, and The Aryan Jesus: Christian Theologians and the Bible in Nazi Germany (Princeton University Press). She has also taught at Southern Methodist University and Case Western Reserve University.