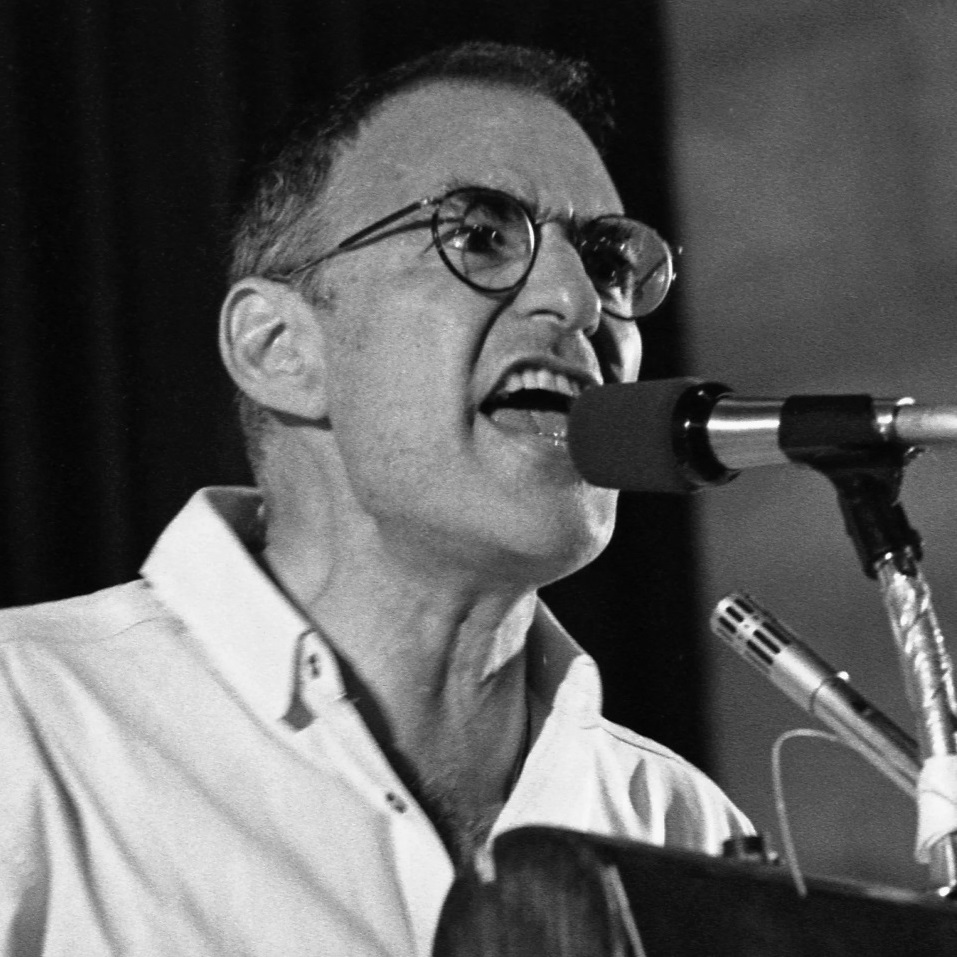 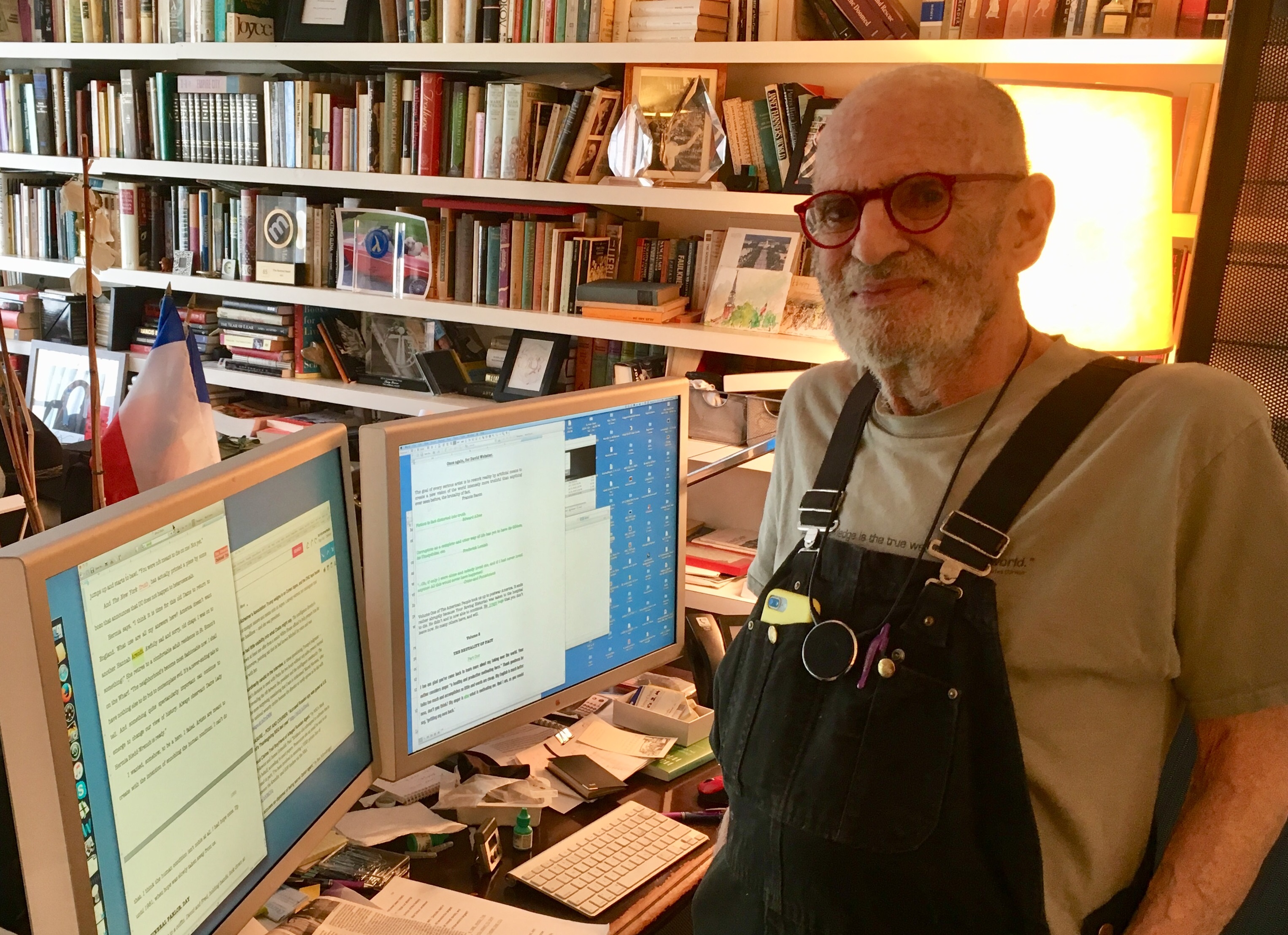 Writer and AIDS activist Larry Kramer, who died last May, was long one of the most divisive voices in the LGBTQ community. During the height of the AIDS crisis, he often charged gay men–friends and allies included–with not doing enough to end the disease and thus participating in their own demise. Elected officials and the public health establishment frequently experienced his wrath, with Kramer angrily attacking them for willfully ignoring gay lives. Some of Kramer’s fellow activists (and fellow Jews) questioned Kramer’s analogies between AIDS and the Holocaust, a recurrent theme in his fiery public speeches and his equally incendiary prose. They often refused to take his Holocaust language seriously and presumed that Kramer linked AIDS and the Holocaust as a strategic and attention-seeking political tool.

In this seminar, we will explore how Kramer turned to the history and memory of the Holocaust, and in particular, to the political philosophy of Hannah Arendt, to help him theorize the AIDS epidemic as a call to action. Kramer’s linking of AIDS and the Holocaust stemmed from his engagement with Arendt’s life and work, and his recognition of similarities between the antisemitism that inspired Nazi genocide against Jews and the homophobia that fueled inaction in the face of an epidemic initially centered on gay men. 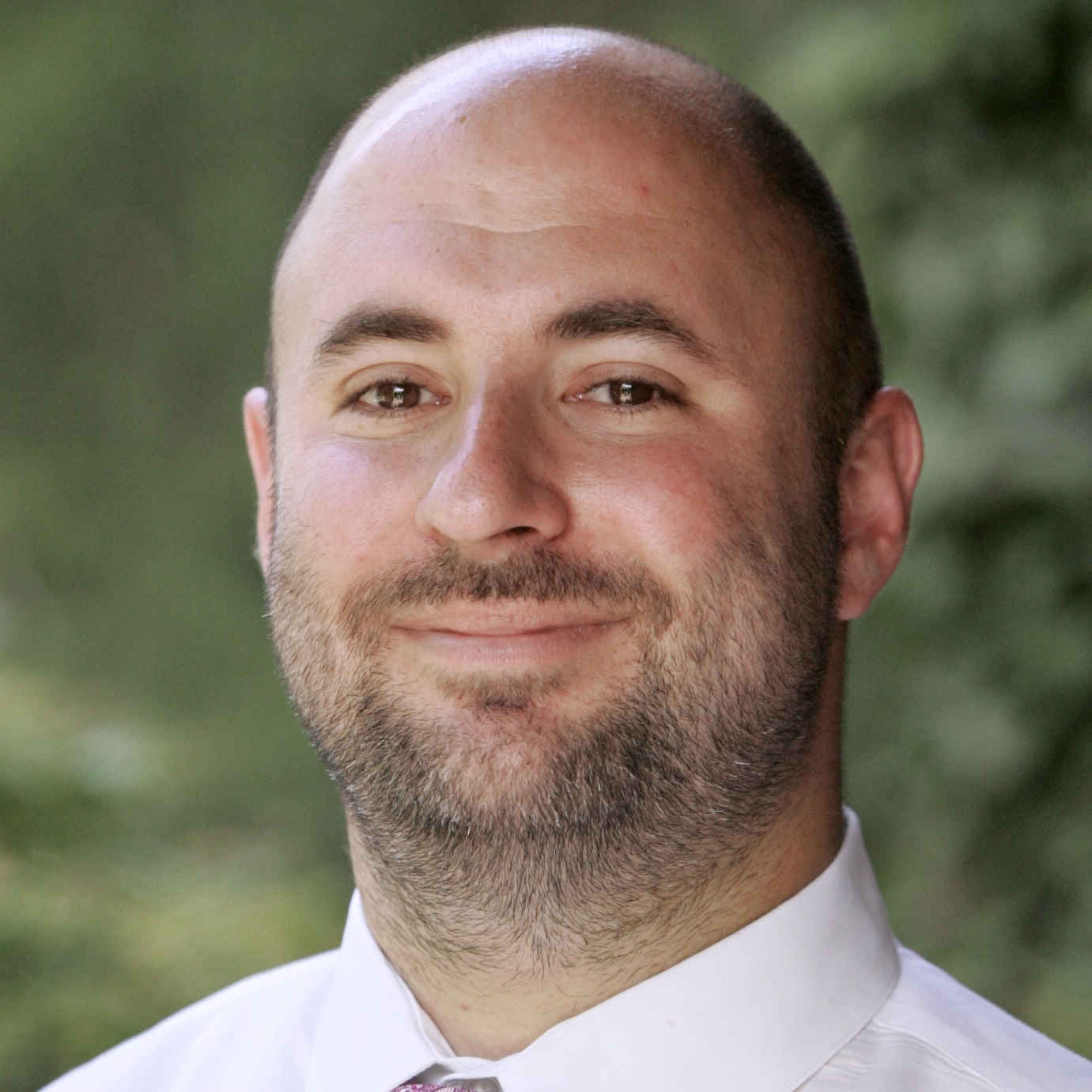 Gillian Frank is a postdoctoral research fellow in the Department of American Studies at the University of Virginia. He is the author of numerous academic articles on the histories of sexuality, gender and religion (which have appeared in venues like the Journal of the History of Sexuality and Gender and History) and public facing scholarship (with bylines in the Washington Post, Time, Jezebel and Slate). He recently co-edited a special issue of American Jewish History focusing on the histories of Jewishness and Sexuality. Frank is also co-editor of Devotions of Desire: Histories of Sexuality and Religion in the 20th Century United States (UNC Press: 2018). Professor Frank is currently at work on a manuscript called Making Choice Sacred: Liberal Religion and the Struggle for Abortion Before Roe v Wade (forthcoming with UNC Press). You can listen to his podcast Sexing History, which explores how the history of sexuality shapes our present, wherever you stream your shows.

Echoes of Violence and their Deployment in Israel and the Diaspora

Israel is headed for its fourth round of elections in two years. An important, worrying factor predates these elections: the descent of political dialogue into binary formulations of force versus victimhood. Looked at historically, politicians across the spectrum have focused attention on real and manufactured existential threats against Israel, diverting the public from serious debates about the Palestinian-Israel conflict and other pressing issues. Roots of this murky reality are deep. This seminar will explore violence in communal memory and its place in modern politics. It doesn’t seek to blame specific individuals or groups. Rather, the seminar suggests what might today be the redemptive power of critical self-assessment.

Respondent: Dr. Natasha Zaretsky, New York University and the Rutgers Center for the Study of Genocide and Human Rights 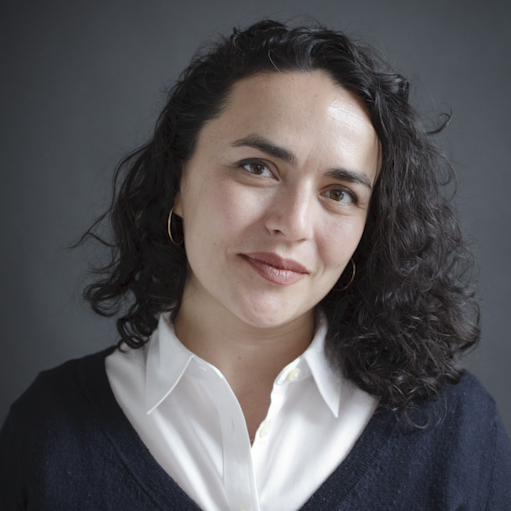 Dr. Natasha Zaretsky, a cultural anthropologist, teaches at New York University and is also a visiting scholar at the Center for the Study of Genocide and Human Rights at Rutgers-Newark. Her research centers on human rights, genocide, the politics of memory in the Americas, the Jewish diaspora, and Latin American Studies. Her latest work focuses on memory and belonging among Soviet Jews in New York, and the future of Holocaust memory at a time of rising nationalism in Europe. She coedited Landscapes of Memory and Impunity, with Annette Levine, which examines the impact of the AMIA terrorist attack on Argentina’s Jewish community in 1994. Her most recent book, Acts of Repair: Justice, Truth, and the Politics of Memory in Argentina, explores memory and survival in the aftermath of genocide and political violence in Argentina. She is also currently completing a documentary film, 1000 Mondays, about the aftermath of the AMIA bombing in Argentina.

Putting Agricultural History to Work Today: A Global Blueprint from the Jewish Past

Co-hosted by the Department of Agricultural, Food and Resource Economics

This presentation follows the publication of a scholarly forum in the Fall 2020 issue in Agricultural History  which proposes to mobilize lessons from the long history of Jewish agrarian resettlement to assist in the relief and local integration of large, displaced ethnic minority migrant communities today. The organizational and practical blueprint has at its center the global arc of modern Jewish agrarianization from the nineteenth into the mid-twentieth centuries, which at its height encompassed hundreds of thousands of farmers settled on millions of acres. From this aggregated history of resettlement projects in a variety of regions and political conditions comes a set of applied “lessons.” These “lessons” might be used to construct a upscaleable, working model for reconstruction programs in the service of endangered refugee communities today in Europe, the Near East, and elsewhere.

This history can inform us about how refugee communities might be economically and socially empowered today in what might seem unlikely, nationalist environments. To that end, the presentation explores the significance of cooperative institutions, political advocacy, transnational philanthropic engagement, and the application of agro-technical expertise in the successful empowerment of new, ethnically “other” farmers in the midst of complex, at times hostile, local environments. The presentation will account for comments and criticisms made on the original article by the respondents in the Agricultural History forum (R. Douglas Hurt, Ben Nobbs-Thiessen and Nahum Karlinsky).

Professor Jonathan Dekel-Chen is the Rabbi Edward Sandrow Chair in Soviet & East European Jewry at the Hebrew University. He holds a dual appointment in the Department of Jewish History and in the Department of General History. He also serves as the Academic Chairman of the Leonid Nevzlin Research Center for Russian and East European Jewry and is Chairman of the Russian Studies Department. Prof. Dekel-Chen has held visiting professorships and research fellowships at the University of Pennsylvania (2008-2009) and at Columbia University (2015-2016). His research and publications deal with transnational philanthropy and advocacy, non-state diplomacy, agrarian history and migration. In 2014 he co-founded the Bikurim Youth Village for the Arts in Eshkol, which provides world-class artistic training for gifted, under-served high school students from throughout Israel.

Rethinking Tradition in the Middle East: Islamic and Jewish Perspectives 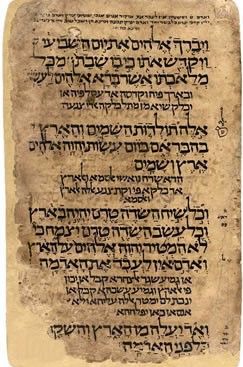 In the tenth-century middle east, two scriptural religions developed—for the first time—theoretical perspectives on the late antique legal traditions that they had inherited. Written in Arabic, these novel sacred histories penned by Muslim and Jewish theologian-jurists sought to clarify their religious legal systems and to resolve conflicting and discursive legal sources. Reading Muslim and Jewish sources in concert calls attention to the commonalities of these two communities' jurisprudence, illustrating that despite the theological competition between their two religions, the authors shared common epistemologies of revealed law. 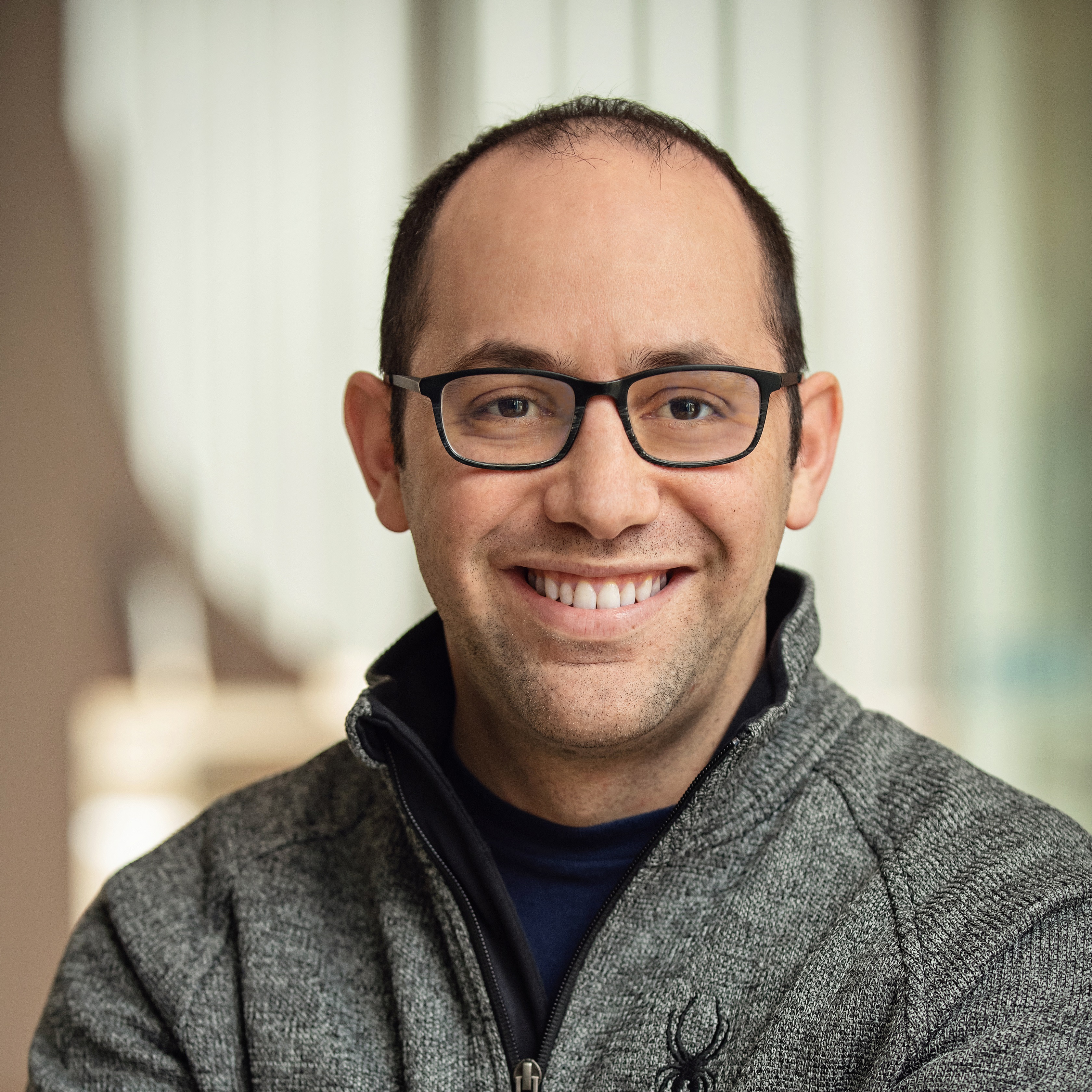 Marc D. Herman, the Aresty Visiting Scholar for the fall 2020 semester, earned his Ph.D. in religious studies from the University of Pennsylvania and has held post-doctoral research fellowships at Columbia University, Fordham University, the University of Michigan’s Frankel Institute for Advanced Judaic Studies, and Yale Law School’s Abdallah S. Kamel Center for the Study of Islamic Law and Civilizations. His research explores the ways in which medieval Jews deployed Islamic legal theory when writing about the Oral Torah, and his articles have appeared or are forthcoming in the Jewish Quarterly Review, Journal of the American Oriental Society, and Association for Jewish Studies Review. He is coeditor of a forthcoming volume, Accounting for the Commandments in Medieval Judaism: Studies in Law, Philosophy, Pietism, and Kabbalah, and he is currently writing his first monograph, Imagining Revelation: Medieval Jewish Presentations of the Oral Torah in an Islamic Key, for the Jewish Culture and Contexts series of the University of Pennsylvania Press.

Residue of Holiness: Garbage Disposal in the Temple and the Tannaitic Hermeneutic 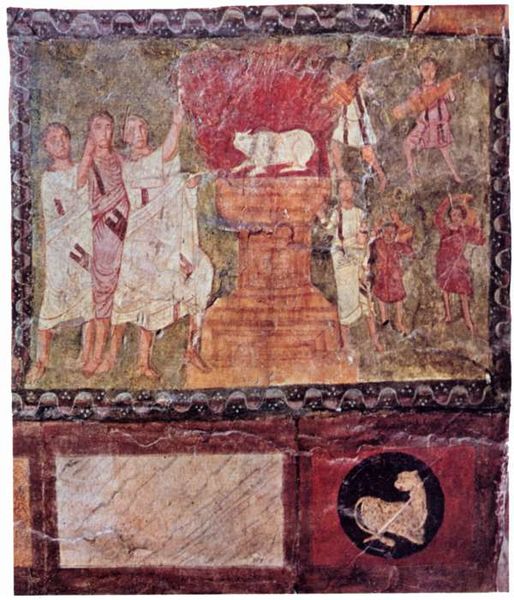 Sacred space is usually characterized by the assignment of a specific cultic task to each individual person, vessel, and material. But even the most splendid temples produce waste products, residue of sacred material cast aside without use. This webinar will discuss the practicalities of the treatment of sacred waste, the theological principles underlying them, and the surprising connections between hermeneutic and ritual. 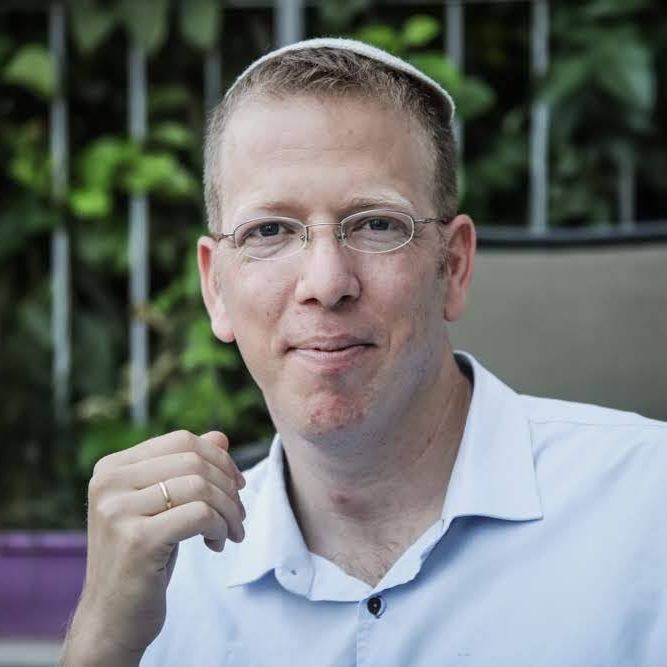 Hillel Mali is a Fulbright Postdoctoral Fellow serving as Gruss Scholar in Residence at NYU School of Law, where he conducts his research project titled “From Priestly Literature to the Order of Holy Things: The Relationship between Ritual and Law.” He completed his PhD: "Descriptions of the Temple in the Mishna: History, Redaction and Meaning", under the supervision of the late Professor Aharon Shemesh. He joined a research group led by Dr. Naphtali Meshel, "Thinking Rite: A New and Ancient Science of Ritual" at The Hebrew University, focusing on new comparative models for the analysis of ritual systems.

In addition, Hillel is a musician, he Established the "Nigun Yerushalmi" ensemble – this group performs old Jerusalemite Music played on antique instruments. The Ensemble produced two albums and has had hundreds of performances in Israel and abroad seeking to excavate old layers of sound that in turn becomes a meeting between ages, religions and beliefs.