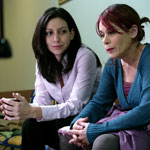 Israel, 2010, 90 minutes
Hebrew and Spanish with English subtitles
Director: Alon Zingman
Writer-director Alon Zingman skillfully interweaves four stories involving parent-child relationships. A young woman returning from Peru is met by her father at Ben Gurion Airport, a young mother accidentally discovers that she was adopted, and an Argentine woman and her school-age son board a bus for his circumcision at a Tel Aviv hospital. A hit-and-run car accident turns these ordinary lives upside down, challenging children's expectations and their parents' need to do the right thing. 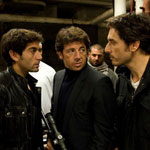 France, 2010, 117 minutes
French with English subtitles
Director: Alexandre Arcady
This fast-paced thriller is set within the tightly knit Algerian Jewish community in France. From a handsome young man speeding his Audi on a mountain road above the Mediterranean to a leather bag filled with bills, to Shabbat dinner and a prison break, Five Brothers reveals the intimate world of the Hayoun family. When dark revelations surface and the mob comes knocking at their door, the brothers band together to protect the family. 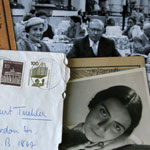 Israel, 2011, 97 minutes
English, German, and Hebrew with English subtitles
Director: Arnon Goldfinger
The flat, on the third floor of a Bauhaus building in Tel Aviv, was where Arnon Goldfinger's grandparents lived since they immigrated to Palestine. Were it not for the view from the windows, one might have thought that the flat was in Berlin . . . furnished with heavy European pieces and bookcases filled with the best of German literature. Then, at age ninety-eight, his grandmother died. Objects, pictures, letters, and documents awaited, revealing the complex lives of his grandparents Gerda and Kurt Tuchler, as well as clues to a troubled and painful past. 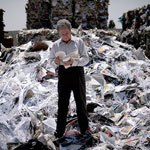 Israel, 2011, 107 minutes
Hebrew with English subtitles
Director: Joseph Cedar
Footnote is the story of a great rivalry between a father and son. The eccentric father seems a stubborn purist who challenges the establishment, while his son, Uriel, appears to strive on accolades and public recognition. But one day, the tables turn and the plot thickens as the father learns that he is to be awarded Israel's top academic prize. Footnote is a story of competition, admiration and envy between father and son. 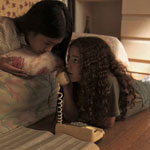 USA, 2012, 100 minutes
English, Hebrew, and Vietnamese with English subtitles
Director: Ela Thier
When twelve-year-old Ellie's family emigrates from Israel to Connecticut, she is lonely and homesick. Life brightens when she meets Thuy, a classmate and Vietnamese refugee. Pegged as "different" by the popular crowd, the two girls become inseparable friends and teach each other about life in America. Based on the filmmaker's own experience, the film is a story about immigrants, prejudice, poverty, and the power of friendship. 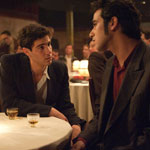 France, 2011, 99 minutes
French with English subtitles
Director: Ismael Ferroukhi
In German-occupied Paris in 1942, Younes, a young Algerian, earns his living as a black marketer. After his arrest by French police, Younes agrees to spy on the Paris mosque. When he befriends a young Algerian singer, he is drawn into the inner circle of the mosque. Younes is challenged to make a fateful decision once he discovers that the Imam is hiding Jews. 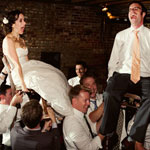 USA/Ukraine/Israel, 2012, 73 minutes
English
Director: Roberta Grossman
Featuring interviews with Harry Belafonte, Connie Francis, and Leonard Nimoy, Hava Nagila (The Movie) follows the song from the shtetls of Eastern Europe to the kibbutzim of Palestine to the cul-de-sacs of America. The film excavates the layers of cultural complexity with humor, depth, and heart and reveals the power of one song to transmit lessons across generations and to bridge cultural divides. 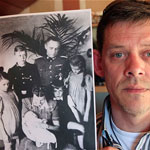 Israel/Germany, 2011, 80 minutes
English, German, and Hebrew with English subtitles
Director: Chanoch Ze'evi
This film chronicles descendants of the most powerful figures in the Nazi regime, whose inherited family legacies left them permanently associated with one of the greatest crimes in history. What is it like for them to have grown up with a name that immediately raises images of murder and genocide? These personal and candid interviews reveal how those who did not choose to become "Hitler's children" attempt to cope with this legacy. 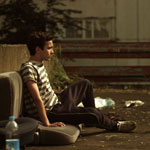 Kaddish for a Friend

Germany, 2011, 94 minutes
Arabic, German, and Russian with English subtitles
Director: Leo Khasin
Muslim teen Ali Messalam and his family move into Berlin's Kreuzberg area, where he is pressured by his friends to vandalize the apartment of his elderly, feisty Russian neighbor, Alexander Zamskoy. To avoid being deported, Ali's parents send him back to Zamskoy's place to repair the damage. This coming-of-age story, inspired by two real people, is a stirring feature debut by Moscow-born German filmmaker Leo Khasin. 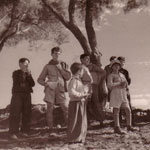 Inventing Our Life: The Kibbutz Experiment

USA/Israel, 2010, 80 minutes
English and Hebrew with English subtitles
Director: Toby Perl Freilich
This film reveals the heartbreak and hope of the first 100 years of Israel's kibbutz movement as a new generation struggles to ensure its survival. Can the famed communal living experiment survive a new capitalist reality? How will painful reforms affect those who still believe in the kibbutz experience? 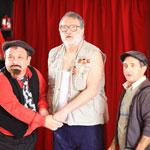 Israel, 2010, 50 minutes
Hebrew and Russian with English subtitles
Director: Evgeny Ruman
Grisha's dream of opening his own restaurant can come true thanks to an unexpected inheritance from his uncle in Kiev. The catch: he must name it "Red October" and feature a bust of Lenin, not easy to find in modern-day Ashdod, Israel. Sculptor-comrade Vladnel imagines the restaurant's ushering in a proletarian utopia, and the staff threatens a strike. Food, family, and ideology clash in this offbeat comedy. 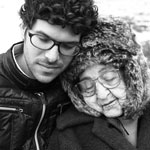 Israel/Germany, 2011, 58 minutes
German and Hebrew with English subtitles
Director: Tamar Tal
At the age of ninety-six, Miriam Weissenstein never imagined that she would be facing a new chapter in her life. But when "the Photo House"—her late husband's life's work—was destined for demolition, she knew she needed help. Miriam and her grandson, Ben, join forces to save the shop and its nearly one million negatives that document Israel's defining moments. Despite the generation gap, their love, courage, and determination support them through a heart-wrenching journey, filled with humorous and touching moments. 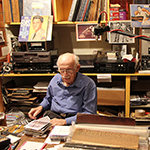 East Coast Premiere
USA, 2011, 22 minutes, English
Director: Richard Parks
"What's an old man to do with almost half a million records? Watch . . . a story bigger than his collection." —NPR 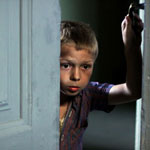 Israel/Poland, 2011, 100 minutes
Hebrew and Polish with English subtitles
Director: Ami Drozd
In 1960s Łód´z, Poland, ten-year-old Tadek and his older brother belong to a gang with a strong anti-Semitic bent. When they are arrested, their mother reveals that though raised as Catholics, they are in fact Jewish. The family boards a ship for Israel, and the boys are sent to live on a kibbutz, where Polish street culture clashes with the open-door policy of the kibbutz. This tender and humorous drama is based on the filmmaker's own experiences. 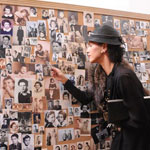 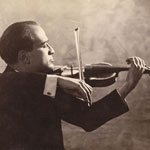 USA/Israel, 2012, 85 minutes
English
Director: Josh Aronson
Orchestra of Exiles reveals the dramatic story of Bronislaw Huberman, the celebrated Polish violinist who rescued some of the world's greatest musicians from Nazi Germany. His four-year odyssey culminated in the founding of an orchestra in Palestine that later became the Israel Philharmonic. 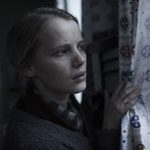 Germany/Poland/USA, 2011, 105 minutes
English, German, and Polish with English subtitles
Director: Anna Justice
Inspired by actual events, Remembrance depicts a remarkable love story that blossomed in a Nazi concentration camp in Poland in 1944. In a daring escape, Tomasz, a young Polish prisoner, rescues his Jewish lover, Hannah. In the chaos of the end of the war, they are separated and each is convinced that the other has died. More than thirty years later in New York City, Hannah, still haunted by Tomasz's memory, makes a stunning discovery.