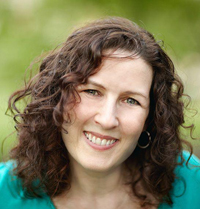 Karen Small is the Managing Director of the Allen and Joan Bildner Center for the Study of Jewish Life at Rutgers, The State University of New Jersey.  She oversees community outreach programs which link Rutgers with the community through public lectures, cultural events, and conferences and symposia. Small is the founding director of the Rutgers Jewish Film Festival now in its 21st year. She oversees the Herbert and Leonard Littman Families Holocaust Resource Center and its Holocaust education mission. She cultivates community partnerships and organizes leadership development programs. Small currently serves on the board of Rutgers Hillel and was appointed by Governor Christie to the New Jersey Israel Commission. She received her Bachelors degree from Indiana University and Masters in Social Work from the Wurzweiler School of Social Work at Yeshiva University.

Before coming to Rutgers in 1998, Karen Small was a Program Director at the JCC of Greater Philadelphia and previously worked as a planning associate for the Jewish Federation of Greater Philadelphia. She has received a great deal of recognition for innovative programs including many grants and awards for her work in the area of Jewish education and Holocaust education.