Reckoning with Post-Holocaust Anti-Semitism in Europe 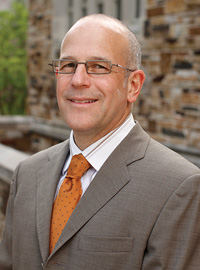 Dr. Judaken will examine the development of the four key strands that define post-Holocaust Judeophobia in Europe: Holocaust denial, extreme Left anti-Zionism, Islamist Judeophobia, and anti-Israeli anti-racism. He will address the so-called “New Anti-Semitism,” as well as how anti-Jewish vitriol is framed by the punditocracy and how this often distorts our understanding of the reality on the ground.

Jonathan Judaken is the Spence L. Wilson Chair in the Humanities at Rhodes College in Memphis. His fields of interest include European cultural and intellectual history, Jews and Judaism, race and racism, existentialism, and post-Holocaust French philosophy.

He has produced a wide range of publications, including a book titled "Jean-Paul Sartre and the Jewish Question: Anti-antisemitism and the Politics of the French Intellectual" that examines the contexts in which philosopher Jean-Paul Sartre wrote about Jews and Judaism over the 20th century. One of Judaken’s edited volumes, "Naming Race, Naming Racisms," examines critical stages in the evolution of the concept of "race" from the 18th century to the present and concludes with an interview with Princeton Professor Cornel West on black intellectuals in America today. His most recent publication is a co-edited volume (with Robert Bernasconi) titled, "Situating Existentialism: Key Texts in Context."

Judaken is U.S. consulting editor for the Patterns of Prejudice journal and on the associate editorial board for the journal Critical Philosophy of Race. He has been a scholar in residence at the United States Holocaust Memorial Museum. Judaken also hosts a monthly radio show on WKNO-FM, NPR for the Mid-South called “Counterpoint,” which highlights the ways academics and intellectuals are contributing to topical discussions and key public debates. He has held memberships in the Association for Jewish Studies, American Historical Association, American Academy of Religion, French Historical Studies and the International Society for the Study of European Ideas, among others.