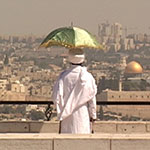 Israel, 2012, 60 minutes
English, Hebrew, and Amharic with English subtitles
Director: Avishai Yeganyahu Mekonen and Shari Rothfarb Mekonen
In 1984, the Beta Israel, a secluded 2,500-year-old community of observant Jews in the northern Ethiopian mountains, fled a dictatorship and began a secret and dangerous journey. Co-Director Avishai Mekonen, a ten-year-old at the time, recounts the community’s exodus out of Africa and the brutal kidnapping he endured as a child in Sudan. This life-defining event and his experiences in Israel inspire an inquiry into identity and lead him to interview African, Asian, and Latino Jews in Israel and America. 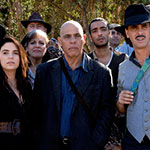 The Ballad of the Weeping Spring

Israel, 2012, 105 minutes
Hebrew with English subtitles
Director: Beni Torati
When the son of his former bandmate and best friend arrives with the news that his father is dying, Yosef Tawila embarks on a mission to grant his friend’s final wish and reunite their legendary band for a final concert. In this riveting and colorful drama, Yosef’s journey opens a window onto outstanding Israeli ethnic music and culture while testing the boundaries of friendship. 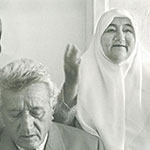 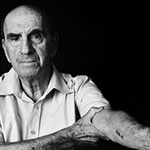 Israel, 2012, 55 minutes
Hebrew with English subtitles
Director: Uriel Sinai and Dana Doron
An estimated 400,000 prisoners were tattooed with serial numbers at Auschwitz, of whom only a few thousand are still living today. This intimate and visually engaging documentary details the current lives of some of these survivors, their memories of the camps, and their relationships with their numbers. Numbered is an emotionally affecting portrait of memory and history, and the numbers, enduring presence in survivors, and their families’ lives. 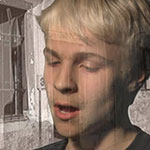 The Boys of Terezin

USA, 2011, 51 minutes
English
Director: John Sharify
Between 1942 and 1944, teenage prisoners in Terezin documented their lives in their secret weekly magazine VEDEM. They wrote essays, stories, and poetry illuminating the boys’ homesickness, fatigue, humor, and courage. The film chronicles the creation and performance of a stunning oratorio, commissioned from American composer Lori Laitman, to set the boys’ words to music, and captures the remarkable bonding that occurred between five survivors and the teenage members of the Northwest Boychoir as they rehearsed the oratorio. 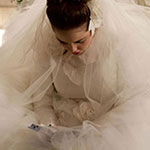 Israel, 2012, 90 minutes
Hebrew with English subtitles
Director: Rama Burshtein
Esther, the oldest daughter in a Hasidic family from Tel Aviv, tragically dies in childbirth. A prospective bride who lives in Belgium is found for her widower, but the possibility of their only grandson moving away throws the family into turmoil. When a match is proposed instead with Shira, Esther’s younger sister, she is faced with the dilemma of choosing between family loyalty and her own needs and desires. 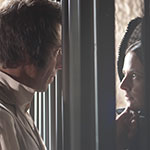 Australia, 2012, 87 minutes
English
Directors: Helen Gaynor and Alan Rosenthal
This docudrama uses reenactments, interviews, and historical facts to trace the life of Isaac “Ikey” Solomon, the nineteenth-century Jewish convict widely believed to be the inspiration for one of the most infamous characters in English literature, Oliver Twist’s Fagin. The film is based on the book The First Fagin: The True Story of Ikey Solomon by Judith Sackville-O’Donnell. 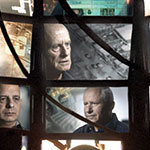 Israel/France/Germany/Belgium, 2012, 101 minutes
Hebrew with English subtitles
Director: Dror Moreh
For the first time, six former heads of the Shin Bet, Israel’s secret service agency, agree to share their insights and reflect publicly on their actions and decisions during recent decades. These interviews, which were the subject of debate in Israeli media, focus retrospectively on critical events and developments and the controversy surrounding Israel’s relations with the Palestinians in the aftermath of the Six-Day War. 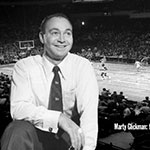 USA, 2012, 84 minutes
English
Director: James L. Freedman
Marty Glickman was a record-setting Jewish sprinter who, on the day of his race at the 1936 Nazi Olympics, was dropped from America’s relay team. Marty went on to become a beloved sports announcer in New York as he revolutionized sports broadcasting by inventing such classic basketball terms as “swish!” In a Hall of Fame career that spanned over fifty years, Marty was the first voice of the NBA as well as the creator of HBO Sports. The documentary is a testament to a man who overcame racism and prejudice and whose life embodied the joy of sports. 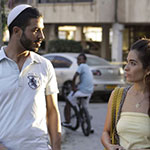 Israel, 2012, 100 minutes
Hebrew and Arabic with English subtitles
Director: Meni Yaesh
Leading a brigade of Orthodox watchdogs, Avi and his friends patrol the streets of the Israeli coastal city Bat Yam to ensure strict adherence to laws of Shabbat and modesty. Their behavior, however, is often less than pious. The arrival of a non- religious young woman in the neighborhood leads to a new relationship and a crisis of faith. 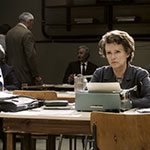 Germany, 2012, 113 minutes
English and German with English subtitles
Director: Margarethe von Trotta
A look at the life of philosopher and political theorist Hannah Arendt, who reported for The New Yorker on the war crimes trial of Adolf Eichmann in Jerusalem. Arendt, a German Jewish émigré who lived and taught in New York City, wrote about the Holocaust in terms no one had ever heard before, and her reports instantly provoked highly negative responses. The film presents historical footage from the Eichmann trial and dramatizations of the New School intellectuals of that era, as well as raises questions about Arendt’s life and work. 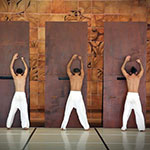 Israel, 2012, 103 minutes
Hebrew with English subtitles
Director: Gabriel Bibliowicz
Israeli society has raised generations of dancers and choreographers who have turned local modern dance into a national and international success story. The film presents the works of leading choreographers Ohad Naharin, Rami Be’er, and Yasmeen Godder, and opens a window on their sources of inspiration and the development of the Israeli dance scene. 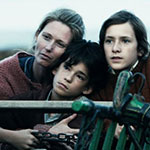 No Place on Earth

Germany/UK/USA, 2012, 83 minutes
English, German, Yiddish with English subtitles
Director: Janet Tobias
New Yorker Christopher Nicola, an avid spelunker, traveled to western Ukraine in 1993 to explore its vast network of gypsum caves. While navigating a remote portion, he discovered some unusual articles that indicated humans had once resided there. It became his mission to tell their story. No Place on Earth presents the incredible experience of Ukrainian Jews who spent 511 days in the caves during World War II to avoid Nazi capture, the longest recorded underground survival in human history. 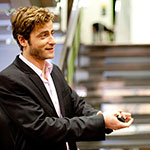 Out in the Dark

Israel/Palestinian Territories/USA, 2012, 96 minutes, Hebrew and Arabic with English subtitles
Director: Michael Mayer
Nimer, an ambitious Palestinian student from the West Bank, dreams of a better life. One fateful night in Tel Aviv, he meets Roy, an Israeli lawyer, and the two men fall in love. As their relationship deepens, they are both confronted with the harsh realities of their situation: Palestinian society that refuses to accept Nimer for his sexual identity, and an Israeli society that rejects him for his national identity. When his Israeli student visa is suddenly revoked, family loyalties are tested and they must choose between love and survival. 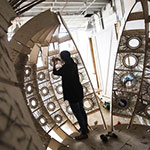 USA, 2013, 67 minutes
English
Director: Jason Hutt
In 2010, the design competition Sukkah City challenged contemporary architects and designers to reimagine and construct (within traditional parameters) this ancient structure for the twenty-first century. The contest drew 600 submissions and culminated in the construction, installation, and two-day exhibition of the twelve winning sukkahs in Union Square Park in New York City. The film tracks the competition from Jury Day, as an all-star cast of architects, academics, and critics debate the merits of the designs, and feedback is offered by some of the 200,000 New Yorkers who attended the exhibition. 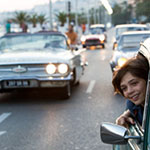 Netherlands/Belgium, 2012, 95 minutes
English, Dutch, and French with English subtitles
Director: Vincent Bal
Nono longs to be a detective like his father, a famous police inspector, but his wild nature constantly gets him into trouble. Two days before his bar mitzvah, he is sent to his uncle’s to be disciplined, but a chance encounter on the train leads Nono on an adventure, giving him a chance to prove himself and learn more about his identity. Travel to the French Rivera, entrance into a world of disguises and crazy pursuits, and answers to past secrets change Nono’s life. The film is inspired by David Grossman’s novel with the same title and features Isabella Rossellini.