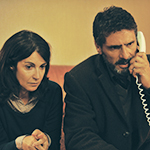 France, 2014, 108 minutes
French with English subtitles
Director: Alexandre Arcady
French director Alexandre Arcady (Five Brothers) offers a gripping and carefully plotted thriller based on the true story of the kidnapping of Ilan Halimi in a Paris suburb by the “Gang of Barbarians,” who demand a huge ransom since they assume that all Jews have money. Based on the book by Ilan’s mother, Ruth, the film follows the police as they search for Ilan, and it portrays the family under the immense pressure of
possibly losing their son. 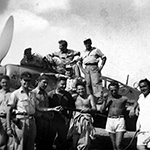 USA, 2014, 89 minutes
English
Director: Roberta Grossman
In 1948, a group of pilots who were veterans of World War II volunteered to fight for Israel in its War of Independence. As members of Machal, volunteers from abroad, they helped turn the tide of the war that threatened to annihilate Israel at the very moment of its birth, and they laid the groundwork for the Israeli Air Force. The film presents historical footage and new interviews with pilots from the 1948 war to present an extraordinary, little-known episode in Israel’s history. 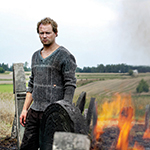 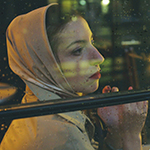 France, 2014, 95 minutes
French with English subtitles
Director: François Margolin
A chance encounter with a stolen painting leads Esther on a journey into her family’s history during World War II. In this film, part thriller, part family drama, her quest uncovers family liaisons that are best kept hidden as she treads the risky path to the truth. 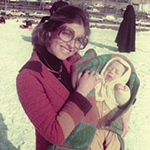 Israel, 2013, 60 minutes
Hebrew with English subtitles
Director: Dan Shadur
During the 1960s and 1970s, thousands of Israelis lived in Tehran. Protected by large arms and business deals and complex financial ties, they enjoyed a special relationship with the shah of Iran and his entourage, until the outbreak of the Islamic revolution changed everything. The director—whose family had been part of the very same community—includes rare archive footage and interviews with diplomats, Mossad agents, businessmen, and their families to reveal a new perspective on the revolution that changed the world. 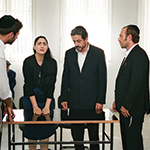 Gett: The Trial of Viviane Amsalem

France, Germany and Israel, 2014, 115 minutes
Hebrew and French with English subtitles
Director: name
This riveting drama, set in an Israeli rabbinic court, shows the struggle facing women seeking religious divorce. Having separated from her recalcitrant husband years earlier, Viviane attempts to finalize her divorce but instead is put on trial by the religious court. A powerful performance by the lead actor and codirector, Ronit Elkabetz, highlights this film about the power that the Israeli rabbinic court holds over women who seek to divorce their husbands. 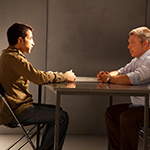 United Kingdom, Germany, Israel, 2014, 101 minutes
English and Hebrew with English subtitles
Director: Nadav Schirman
The Green Prince presents such an extraordinary story that one is tempted to think it is fiction. Disillusioned by Hamas’s ruthless tactics, Palestinian Mosab Hassan Yousef agrees to spy for Israel. The film follows the complex relationship between Yousef, coping with shame and conflicting personal responsibilities, and his Shin Bet handler, Gonen Ben Yitzhak, now “operating” the oldest son of a founding member of Hamas. Director Nadav Schirman builds superb tension throughout the historical and personal drama and the film’s surprisingly emotional journey. The film is based on Yousef’s memoir, Son of Hamas. 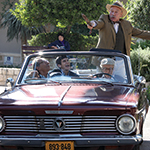 Israel, 2013, 107 minutes
English and Hebrew with English subtitles
Director: Reshef Levi
Sir Patrick Stewart leads an impressive cast of Israeli talent in this bank robbery caper and coming-of-age tale. After his father’s untimely death, twelve-year-old Jonathan spends his afternoons in an old-age home with his estranged grandfather and cronies, all former Zionist underground fighters, and a visiting uncle who is a disgraced British lord. Faced with financial woes, the group plots a bank heist, and misadventure ensues. 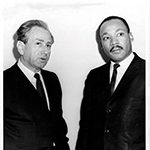 Joachim Prinz: I Shall Not Be Silent

USA, 2014, 57 minutes
English
Director: Rachel Eskin Fisher and Rachel Nierenberg Pasternak
Expelled from Germany in 1937, Joachim Prinz arrived in the United States, where he witnessed racism against African Americans and realized there was a gap between American ideals and reality. As the rabbi of Temple B’nai Abraham in Newark and later as president of the American Jewish Congress, Prinz became a leading figure in the civil rights movement. He helped organize the 1963 March on Washington for Jobs and Freedom and, throughout his career, remained a spokesman for social justice. 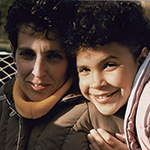 USA, 2014, 65 minutes
English
Director: Lacey Schwartz
Lacey Schwartz grew up in a typical upper-middle-class Jewish household in Woodstock, New York, with loving parents and a strong sense of her Jewish identity. Despite open questioning about how a white girl could have such dark skin, it was only when she went to college that she finally confronted this question. Little White Lie follows Lacey’s quest to reconcile the hidden pieces of her life and heal her relationships in order to move past the legacy of family secrets that had defined her life and identity. 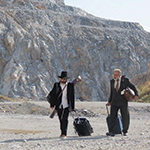 Israel, 2013, 100 minutes
Greek/Englsh/Hebrew with English subtitles
Director: Guy Nattiv and Erez Tadmor
A Greek Holocaust survivor and his estranged Hasidic son find themselves together on a road trip through Greece. Returning as an official representative from Israel to the country he once escaped from, Avraham searches for the man who saved him and is confronted by his strained family relationships. Meanwhile, his son, Yehuda, is on a quest for his father's acceptance. 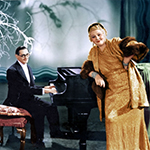 USA, 2014, 96 minutes
English
Director: William Gazecki
A documentary focusing on the tumultuous early days of this iconic vaudeville superstar of the 1920s flapper era in the United States. Before Mae West, Marilyn Monroe, Bette Midler, Madonna, and Lady Gaga, Tucker was the first woman to infatuate her audiences with a bold, bawdy, and brassy style. Using all of the more than four hundred recently rediscovered personal scrapbooks of the performer known as “the Last of the Red Hot Mamas,” the film retraces Tucker's sixty-year show business career. 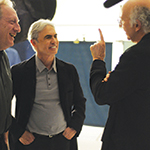 Canada, 2013, 75 minutes
English
Director: Barry Avrich
Born in Canada, David Steinberg attended yeshiva in Chicago, abandoning his studies to join the legendary improv group Second City. That was the start of a lifelong career as a comedian, appearing regularly on major television shows and directing comedy TV series. The film features archival footage of his performances on The Tonight Show with Johnny Carson, (where he was a regular) and interviews with Steinberg and other well-known comedians. His directing credits include Seinfeld, Mad About You, Golden Girls, and Curb Your Enthusiasm. 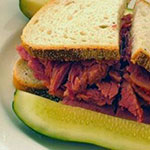 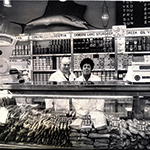 USA, 2014, 52 minutes
English
Director: Julie Cohen
100-year-old Hattie Russ Gold and her 92-year-old sister, Anne Russ Federman, the two surviving daughters from the famed lox and herring emporium Russ & Daughters on the Lower East Side, have life stories of hard work, humor, romance, and a little tsuris typical of the Jewish immigrant experience. Celebrating the store’s centennial this year, the film traces four generations, from the founding patriarch to his great-grandchildren, now in their thirties, who run the store today. Cameo appearances by celebrity customers include Justice Ruth Bader Ginsburg and actress Maggie Gyllenhaal.