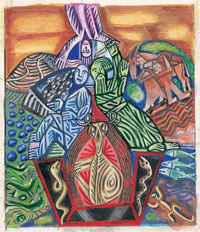 Glory and Agony, a finalist for the 2010 National Jewish book award, is the first history of the shifting attitudes toward national sacrifice in Hebrew culture over the last century. Feldman will discuss her recent book, whose point of departure is Zionism's preoccupation with its haunting "primal scene" of sacrifice, the near-sacrifice of Isaac. Her powerful study traces the genesis of modern national sacrifice and military heroism from the ruins of religious martyrdom, exposing the sacred underside of Western secularism in Israel and elsewhere.

Dr. Yael S. Feldman holds the Abraham I. Katsh Chair of Hebrew Culture and Education and is a Professor of Comparative Literature and Gender Studies at New York University. She has previously taught at Columbia, Yale, and Princeton, and received Research Fellowships from Fulbright, NEH, Oxford [OCHJS], PENN [CAJS], Cambridge [Wolfson College], and the Hebrew University [Lady Davis]. She is currently a Fellow at the Yad Vashem International Research Institute, working on: “Not / As Sheep to Slaughter? Toward a Pre-Holocaust History.”

Professor Feldman’s pioneering study, No Room of Their Own: Gender and Nation in Israeli Women’s Fiction (Columbia UP), was a National Jewish Book Award Finalist in the Category of Women Studies; its Hebrew version won the Friedman Memorial Prize. Her new study, Glory and Agony: Isaac’s Sacrifice and National Narrative (Stanford UP), a probe into the transformations of the ethos and rhetoric of national sacrifice in the first Zionist century, was a National Jewish Book Awards Finalist in the category of Scholarship. Her other publications include Modernism and Cultural Transfer: Gabriel Preil and the Tradition of Jewish Literary Bilingualism (Hebrew Union College Press) and numerous articles encompassing a variety of topics in Hebrew and comparative literature, from the Bible to the present. She was the literary editor of Hadoar for 18 years; has served on the editorial board of several academic journals, and is the co-editor of Teaching the Hebrew Bible as Literature, published by the Modern Languages Association of America.