Memory, Monuments and Museums: Remembering 9/11 and the Holocaust 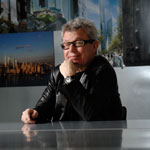 Daniel Libeskind, B.Arch. M.A. BDA AIA, is an international architect and designer. His practice extends worldwide from museums and concert halls to convention centers, universities, hotels, shopping centers, and residential projects. Born in Łód´z, Poland in 1946, Libeskind was a virtuoso musician at a young age before giving up music to become an architect. He has received numerous awards and designed world-renowned projects including: the Jewish Museum in Berlin, the Denver Art Museum, the Royal Ontario Museum in Toronto and the master plan for Ground Zero among others. Daniel Libeskind’s commitment to expanding the scope of architecture reflects his profound interest and involvement in philosophy, art, literature and music. Fundamental to Libeskind’s philosophy is the notion that buildings are crafted with perceptible human energy, and that they address the greater cultural context in which they are built. Libeskind teaches and lectures at universities across the world.  See http://www.daniel-libeskind.com/. 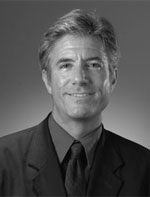 James E. Young is Professor of English and Judaic Studies at the University of Massachusetts Amherst. Professor Young has published widely and is the author of At Memory's Edge: After-images of the Holocaust in Contemporary Art and Architecture (Yale University Press, 2000), The Texture of Memory (Yale University Press, 1993), which won the National Jewish Book Award in 1994, and Writing and Rewriting the Holocaust (Indiana University Press, 1988). He was also the Guest Curator of an exhibition at the Jewish Museum in New York City, entitled "The Art of Memory: Holocaust Memorials in History" in 1994, with venues in Berlin and Munich, and was the editor of The Art of Memory (Prestel Verlag, 1994), the exhibition catalogue for this show.

Professor Young served as consultant for Germany's national "Memorial to Europe's Murdered Jews," dedicated in 2005 and he consulted with Argentina's government on its memorial to the desaparacidos, as well as with numerous city agencies on their memorials and museums. In 2003, he was appointed by the Lower Manhattan Development Corporation to the jury for the World Trade Center Site Memorial competition.